My personal opinion about PSG 2023 Third kit is right in this video ! Here is my review about this ADV version of PSG 2023 Third football kit Don’t forget to go on YOURFOOTBALLSHIRT.COM to purchase your authentic football kits ! Follow my instagram for more PSG kits content https://instagram.com/sebparisinmyblood

Why Football kits are still continually rising in 2022 !

Football kits ? A love relationship between fans and teams

The Football shirt is not only a sportswear, but also a commodity and an advertisement. Even in the amateur soccer jersey, advertising is used as a major source of revenue and to finance the team uniform. In most cases, the brand attacks in the production, counterfeiting and sale of soccer jerseys.

For the first time, the club Penarol Montevideo Uruguay came out with advertising logos on their soccer shirts. This was in 1950. 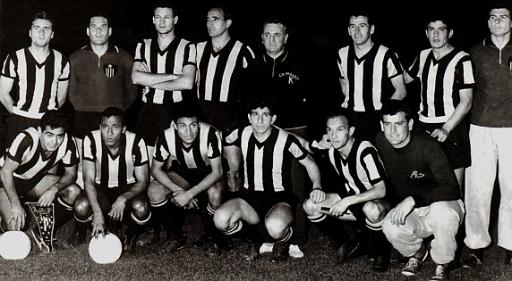 In Germany, you could see the first jersey sponsorship in 1973. Eintracht Braunschweig featured the deer of the Jägermeister company, although the DFB had banned this advertising campaign before.

But it was precisely this scandal that made the concord jersey gain enormous visibility. Other clubs, such as Wormatia Worms, avoiding the risk of public debate, gave up the planned advertising pressure. And therefore, a lot of money.

The Differences in football kits between small clubs and big clubs

Meanwhile, advertising on jerseys has become a common practice for the application of brands and thus a second pillar of soccer clubs. A great contribution to the spread of advertising afford the media. But even small clubs in the lower leagues use the possibility of presentation of print advertising, especially since it often for the logos of local companies, which allow the financing of the own team clothing in the first place. For this makes the shirt of the sponsors advertising known and helps to a certain image.

In the top leagues, there is more at stake. Millions are at stake. No wonder they negotiate hard-hitting contracts, for which there are specific deadlines. Advertising on jerseys is the main business.

Usually, the logo of the main sponsors appears on the chest of the jersey, which gives some importance to the sponsoring organization. The real meaning of soccer football kits, namely the protection of football players, is forever lost. There are also cooperation agreements in which clubs declare their support for charities or foundations. In return, they have to display their logos on their shirts.

Is the color of a soccer jersey related to the success of the club?

Over the years, many studies have been conducted to determine if there is a link between jersey color and success. The findings have been unanimous, pointing out that athletes playing in red win more games, or score 10% more than any other color. This could be due to the following reasons:

These findings may help explain why the great British clubs Manchester United , Liverpool and Arsenal enjoy continued success season after season. It is conceivable that the continued success of these teams may also give those who wear red a default boost of confidence.

Interestingly, things don’t go so well when the red football kits are removed. In 1996, Man Utd suffered a 3-0 loss to Southampton while wearing their “invisible” gray kit. The team simply couldn’t see each other on the pitch, prompting Fergie to order the team to change shirts at half-time.

At the international level, it cannot be overlooked that the 1966 World Cup winning England team wore red, instead of the usual white. Since then, England has not won a World Cup or European Championship, so maybe it’s time to bring out the red again?

Warning, this is a reproduction and definitely not the original font. This information is only made available to help you controlling whether the name set used on your kit matches with its season.
To confirm the printing is original other aspects should be considered such as pragmatic font details, material, size and position.
Feel free to share your pictures and questions bellow, YFS community can probably help you!

We use cookies on our website to give you the most relevant experience by remembering your preferences and repeat visits. By clicking “Accept All”, you consent to the use of ALL the cookies. However, you may visit "Cookie Settings" to provide a controlled consent.
Cookie SettingsAccept All
Manage consent

This website uses cookies to improve your experience while you navigate through the website. Out of these, the cookies that are categorized as necessary are stored on your browser as they are essential for the working of basic functionalities of the website. We also use third-party cookies that help us analyze and understand how you use this website. These cookies will be stored in your browser only with your consent. You also have the option to opt-out of these cookies. But opting out of some of these cookies may affect your browsing experience.
SAVE & ACCEPT